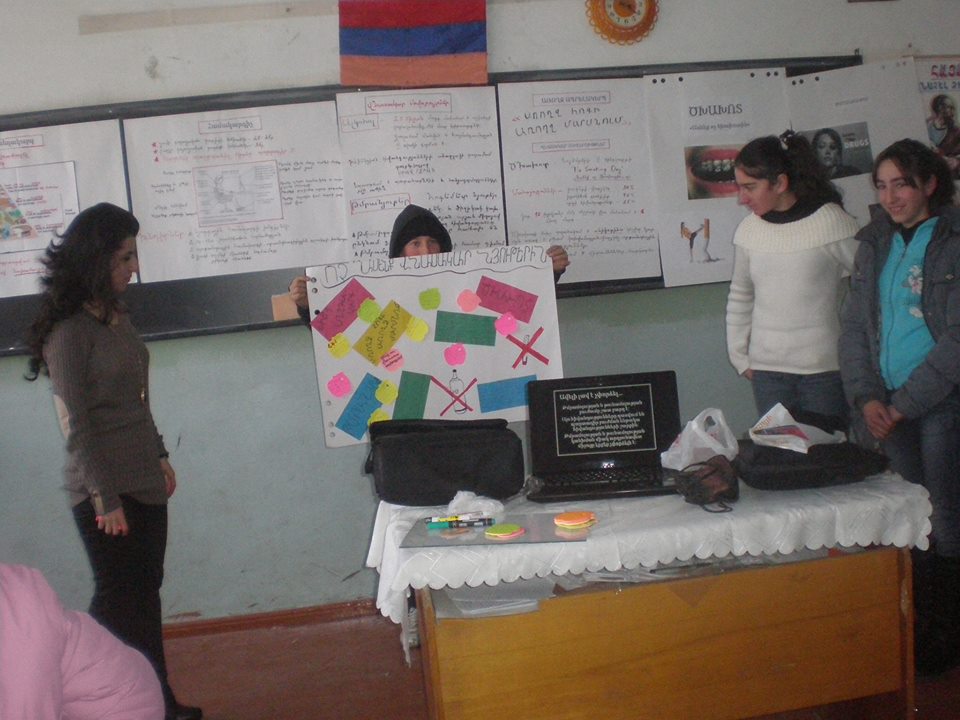 Teenagers are more likely to be influenced by advertisements and unhealthy images which make them vulnerable towards such things as smoking, drinking, drugs or unhealthy diet. Throughout her Project Smile grant Ani Derdzyan who is the Alumni Fellow of Undergraduate Exchange program supported by the US Department of State organized a seminar on healthy lifestyle for schoolchildren at Darpas village’s secondary school. The project was organized in cooperation with Youth Center for Democratic Initiatives NGO. Posters, informative leaflets, and Power Point presentations including common facts and statistic data were prepared to raise awareness on such issues as smoking, drugs, alcohol and unhealthy diet. The participants were also introduced to the proper ways of using computers. 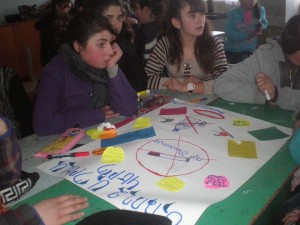 Special interactive games were prepared for the seminar. The children were asked to work in groups and prepare their own posters on healthy lifestyle and present them to the others. In the end the participants were introduced to Beyonce’s “Move your body” song and the moves to the song.