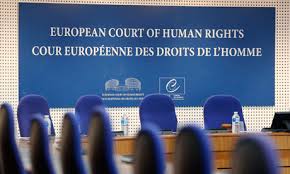 On November 24, 2016 the Court unanimously declared that there has been a violation of Article 6 § 1 read in conjunction with Article 6 § 3 (d) of the Convention in the case of Manucharyan v Armenia and that the respondent State is to pay the applicant, within three months of the date on which the judgment becomes final in accordance with Article 44 § 2 of the Convention, EUR 2,400 (two thousand four hundred euros).
The Court noted that the Regional Court’s judgment does not contain any analysis of the evidence put before it, much less any indication that it was aware of the reduced evidentiary value of the untested witness statements, including that of K.M. All the evidence was simply listed as proof that the applicant had committed the offence, without any assessment of the credibility of the untested witness evidence (see paragraph 26 above). The Court therefore finds that the trial court failed to examine the reliability of K.M.’s statement in a careful manner.
The Court has also noted that K.M. was the only eyewitness to the offence. She knew the applicant, who was her neighbour, and had pointed him out when interviewed by the police (see paragraph 9 above). It is not in doubt that K.M.’s statement was not the only item of evidence on which the applicant’s conviction was based. However, her pre-trial statement was the only piece of direct evidence substantiating the allegation that it had been the applicant who had opened fire at K.S.’s car. In that sense K.M. can be considered to have been the key prosecution witness in the applicant’s case. As for the rest of the evidence, S.S.’s statement merely proved that K.S. and the applicant had had strained relations while the statements of K.M.’s parents, A.M. and S.M., were based on her account of the events (see paragraphs 12 and 11 above). It is true that V.J.’s statement, confirmed by him during the formal confrontation, contradicted the applicant’s defence statement that he had been in V.J.’s house when the offence had taken place (see paragraph 15 above). However, V.J.’s evidence taken alone did not prove that it had been the applicant rather than his brother who had shot at the car, as the applicant stated after he withdrew his confession. The Government was unable to demonstrate that the remaining evidence, including the forensic evidence, was enough to show conclusively that the applicant rather than somebody else, such as his brother, had committed the offence. For instance, it does not arise from the decisions taken by the domestic courts that the forensic evidence of gunshot residue on the clothes the applicant wore on the day of the incident proved that he had been the author of the shots. In view of the foregoing, the Court considers that the evidence of the absent witness K.M. was decisive for the applicant’s conviction.