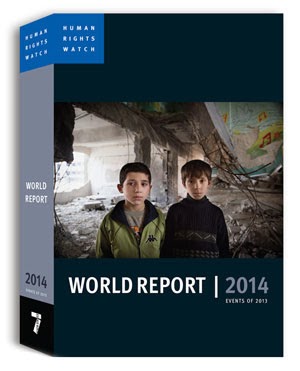 Ill-treatment in police custody persists. The government has yet to offer conscientious objectors a genuine civilian alternative to military service. The authorities did not adequately investigate a troubling number of noncombat deaths in the military. They also failed to investigate violent attacks against peaceful protesters by unidentified assailants.

Broadcast media lacks pluralism and there were several instances of violence and harassment against journalists and media workers during the year. Violence and discrimination based on sexual orientation and gender identity by both state and non-state actors are serious problems. Bureaucratic restrictions prevent people with terminal illnesses from accessing strong pain medications.

International observers, led by the Organization for Security and Co-operation in Europe (OSCE), concluded that the February presidential election “was generally well-administered” but noted “some serious violations” of OSCE and Council of Europe standards, such as pressure on voters. The OSCE also noted other breaches, including public administration bias in favor of incumbents, misuse of administrative resources, and interference by the incumbent’s proxies. Local observers reported the presence of unauthorized persons in polling stations, numerous attempts to pressure observers and journalists by political parties and election commission members, and widespread ballot stuffing for the incumbent candidate.