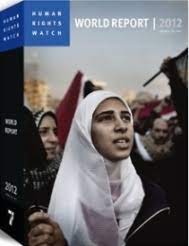 On January 22, 2012 Human Rights Watch released its annual World Report summarizing human rights conditions in more than 90 countries and territories worldwide in 2011. It also reflected on Armenia, which run: “More than three years after deadly street clashes between police and opposition protesters left 10 individuals dead, there has been no meaningful accountability for the excessive use of force by law enforcement.

The government decriminalized libel, but drastically increased financial penalties in civil libel suits. Authorities continue to restrict freedom of assembly. Torture and ill-treatment in police custody persist and the government has failed to effectively investigate a troubling number of deaths in custody and non-combat deaths in the military.

Armenia’s international partners have not fully leveraged their influence to improve the human rights situation.”