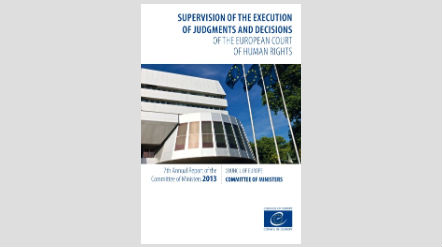 The European Convention on Human Rights passed another milestone in 2013, marking sixty years since it took effect. Overall, the number of applications pending before the Court decreased by approximately 28,000 bringing the total at the end of the year 2013 to just under the 100,000 mark. The improvement is all the more striking when regard is had to the situation in 2011, when the number of pending applications peaked at just over 160,000. In the space of two years, and with no fall-off in the number of new applications, the Court’s docket has been cut by more than a third. Over the course of the year, the number of cases pending for more than three years was reduced by 48% to less than 25,000. D