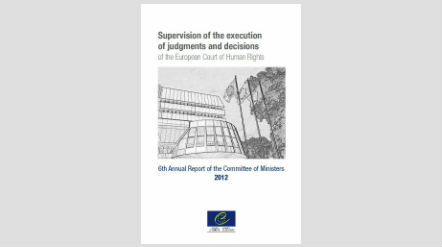 The year 2012 was an eventful and productive one for the Court, as reflected in the pages of this Annual Report. It was a year of transition in the leadership of the institution, and of significant change on the bench too. It was a year of two presidencies: that of Sir Nicolas Bratza, who presided the Court until his retirement on 31 October; and that of Mr Dean Spielmann, who was elected by the Plenary Court on 10 September and commenced his term on 1 November. The year was also marked by the retirement of one of the Court’s Vice-Presidents, Françoise Tulkens. The other changes among the Court’s officeholders and its composition as at the end of the year are described in Chapters II and III.